Founded out of Berlin in 2008 at a time when Electric Vehicles (EVs) barely existed, ubitricity had one goal; to charge EVs with energy from renewable resources wherever they park.

Since then, ubitricity has gone on to become one of the leading providers of intelligent solutions for charging and billing Electric Vehicles, combining technological know-how with the possibilities of digitalisation. In March 2019, ubitricity successfully raised €20 Million in Series C funding, enabling the company to accelerate its growth and further develop its unique mobile metering technology. The investment was made by existing shareholders including EDF and Next47 (venture capital arm of Siemens AG) and by Honda Motor Company as new partner.

On the back of this investment, we were retained by ubitricity in March 2019 to manage two senior-level searches; UK Managing Director & Head of Operations. These two roles would see the successful candidates responsible leading the UK strategy, sales and operational development of the UK business. Come July 2019, we were later retained to recruit an additional five hires across various functions of the business which included; X2 National Sales Managers, Customer Experience Manager, Technical Project Manager & Data Analyst. 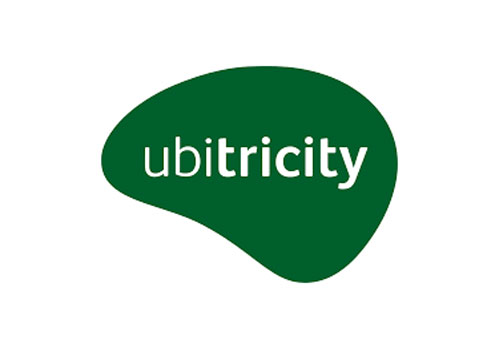 From our conversations with the ubitricity founding team we knew this was going to be a challenging search from the onset. Despite our extensive network and experience within eMobility, the sector itself was still rather nascent yet hugely competitive, particularly in London. Thus a ‘war’ for talent was a challenge we greatly anticipated. To identify two senior individuals with significant experience to grow the Sales and Operations functions and essentially develop and build a new business from the ground up, would require exploring various channels to seek out relevant skill sets across a broad range of industries.

Engaged on a retained search, we were able to dedicate a full suite of resources to ubitricity’s search immediately, a dedicated project manager and a detailed 28 stage process geared to gaining a deep understanding of the roles and company culture, mapping multiple markets extensively, approaching the best candidates with a compelling story and managing the process efficiently until successfully completing the assignments.

From start to finish, for the first two roles, the process took 10 weeks. We began the search for the UK MD & Head of Operations at the beginning of April 2019, diving straight into research mode, we presented a shortlist of qualified candidates within 4 weeks, subsequently managing several telephone and in-person interviews. By mid-June, ubitricity had chosen their candidate for the Head of Operations role who consequently accepted and started with them in August.

For the UK MD, having interviewed a couple of candidates that we had shortlisted, ubitricity decided to proceed with a candidate that they had been introduced to directly via their shareholder, EDF Energy. This candidate joined the business in June 2019.

For the five additional roles, the entire process took 12 weeks. Again, following deep research of which commenced in August 2019, extensive mapping of various markets, several telephone, Skype and face to face meetings, working closely with the recently appointed MD, we presented a shortlist of candidates within 3-4 weeks. By November, every candidate had accepted their offers to join the business including two candidates who actually started that same month.

Ross helped me to secure my current position with ubitricity and I can say that it was a delight working with him. His professionalism, communication and support were first class from day one, and I’d have no hesitation in recommending both Ross and Hyperion. I look forward to maintaining the working relationship in support of ubitricity.

Stephen, led a time critical recruitment campaign which brought the highest quality talent to my business. Looking across various industries Stephen identified experts and leaders in their fields and supported their transition to the nascent EV industry. Thank you Stephen for your hard work and dedication. 5 critical roles in 12 weeks was a challenge and you delivered.

To be a successful recruiter you need a plethora of attributes: Curiosity. Ability to Discern. Tech-Oriented. People and Networking Skills. Good Listener. Trustworthy. Process Driven and Organized. Detail-oriented. Stephen “owns” all of the above. The engagement I had with Stephen, from the first introduction, through to meeting him at an industry event, then working closely with him on various opportunities, leads me to thoroughly recommend either candidate or client to use and benefit from Stephens service and skill base. He offers an effective efficiency which is a rare commodity in recruitment, plus having the joy of conversation with a person that has an upbeat Liverpudlian accent is also great value, trust me!