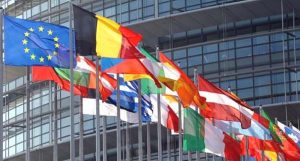 As another Brexit controversy-filled week passes us by, followed at the weekend by significant election results in Germany, at Hyperion we find ourselves unsurprised and unmoved.

Regardless of how the Brexit fiasco pans out, our business model will remain unchanged. I was actually in Munich at Intersolar the day the Brexit referendum results were announced. A dark day, but nothing changed for us. We carry on and keep working with both our well-established and new European colleagues, matching the best talent with key roles across Europe (try fitting that on a mug!).

Let’s be clear, along with thousands of other UK businesses, we continue to hope that Brexit doesn’t happen. We’ve been pretty vocal about that! But, with an office on the European mainland, and a German team, we will always have a significant part to play in the progression of the clean energy sector across the continent. Recruiting in Europe, and being European aren’t the same thing. A nuance that many recruiters don’t appreciate, they dip their toes in occasionally. Being European isn’t something you do, it’s something you are.

What is the substance behind this barefaced confidence?

Hyperion’s focus has always been on finding talent across Europe, and the EMEA region, and that includes the UK (it seems easy for some quarters to forget that the UK is actually part of Europe!).

This European strategy for talent acquisition has resulted in very successful retained contracts with key International companies throughout the industry, from the US, Korea, China and other European countries.  Whether the role is in eMobility, energy storage, solar or other areas of the clean energy sector, our methodology differs significantly to other Executive Search organisations:

Our extensive knowledge of the European market puts us in the unique position of being able to offer invaluable assistance to clients throughout the arduous process of establishing an office in a new country. We provide insight and support on which countries and cities would best suit our client, where the best talent pools exist, the most favourable political policies, and which hoops must be jumped through to achieve necessary clearance and results.

As an example, we’ve been working with Dutch client Ev-Box, a leading EV Charging company, helping to establish a presence in Germany and the UK. Hyperion found a Managing Director for both countries, and we’re now working with those Directors to build the teams that will be working for them. Also in eMobility we’ve been working with ChargePoint Inc  another well-established Electric Vehicle (EV) Charging company. As a US organisation wanting to establish themselves in Europe, senior roles in Germany have been key. It’s some time since we helped German company, Sonnen GmbH to set up a UK office, consisting of a Country Director and their team. Hyperion were able to advise accordingly, find the ideal candidates and help to establish the office in Bristol.

These are just a few examples. In the last year the majority of our assignments have been to recruit new roles, for European expansion, with established players like LG Chem, to late stage start-ups like Arenko, to well-funded pre-revenue start-ups like Splyt.

Unparalleled success with such progressive clients lays bare our determination to provide global organisations with the necessary tools to grow in other countries – whether that be a UK company looking to expand abroad, or companies from around the world looking to establish a European, or EMEA base.

To continue to be successful we will keep calm! We’re not scared of Brexit. We don’t welcome it, but through our connections, knowledge and experience, we won’t die by the Remain sword either. Our UK and German teams will continue to grow, and so will our clients.