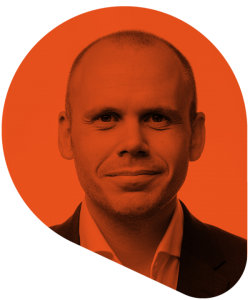 I was recently listening to a Liverpool FC fans podcast where the guest was Damian Hughes who is a sports psychologist and Professor of Organisational Psychology and Change at Manchester Metropolitan University. Hughes has recently been studying the key traits of the world’s highest performing sports teams (Liverpool certainly wouldn’t come under this banner right now!). One thing that has stood out in his research as of paramount importance is the emphasis that these teams put on their culture.

In particular, Hughes has focused his research on FC Barcelona, one of the most successful club football teams in the world. Barcelona put their culture at the centre of everything they do, from their everyday behaviours right the way up to selecting the next manager. In 2008, results hadn’t been going their way and Barcelona needed to make a change at the top. The club’s hierarchy had set out nine criteria by which prospective candidates were judged. The club’s culture lay at the heart of these nine criteria. From an outsider’s point of view Jose Mourinho, after his recent success at Chelsea was a shoe-in for the job. He could certainly bring success to Barca but this would require compromising the club’s culture as he fell down on a number of the nine criteria. Barcelona eventually opted for Pep Guardiola, an ex Barca player with very limited managerial experience to take charge of the club as he was deemed to be a better cultural fit, truly understanding what is important to the club.

There are clear parallels between the culture of a successful sports teams and the culture of a successful company. Company culture is increasingly being seen as key to a company’s success and more and more companies are hiring for a cultural fit first and foremost over experience, as Barcelona did with Guardiola. So what exactly is company culture? It certainly goes way beyond being able to work on colourful bean bags and a list of company perks. Company culture is the personality of a company. It is its mission, its ethics, its values, its expectations and its goals.

When we are recruiting for our clients it is vitally important that we understand our client’s company culture and what makes them tick. Matching the experience of a candidate to the desired competencies for a role is relatively straight forward, but finding a cultural match is more tricky. That is why as a recruiter, it is so important to really get to know your client company so you can make informed judgements on the types of personalities and behaviours that will result in a good cultural fit with potential candidates.

It can be very tempting to hire a superstar that might not necessarily be the best cultural fit, however this can prove to be damaging. Going back to Barcelona, Guardiola introduced a ladder of behaviours: humility, hard work and putting the team first. In 2009 Barca signed Zlatan Ibrahimović for a club record fee of €70 Million. Initially things started well for Ibrahimović but he then began to transgress Guardiola’s all important behaviours key to the club’s culture. Barca decided to sell Ibrahimović for just €24 Million only one year after bringing him into the club. They decided to take this financial hit and sell their superstar because if they had not removed him the damage to the club’s culture would have been irreparable.  His attitude and behaviours were at odds with the club’s culture and no Barcelona player is bigger than that.

A major challenge facing rapidly growing companies is to maintain their company culture as they recruit more employees and the need for management. Company culture can evolve but needs to remain true to it’s core values.

In the podcast Hughes went on to describe a study done over 20 years ago with silicon valley tech start-up companies. The study wanted to establish which company cultures proved to be the most successful over the long term. Five different company cultures were identified:

The results were that organisations who adopted the commitment culture was more successful on every category measured – they went to market faster, they grew faster, they resisted redundancies when times go tough.

Building a commitment culture is not an easy thing to do, however the rewards can be huge. Getting your employees to buy into the company’s mission, ethics, values, expectations and goals is so important. FC Barcelona’s motto is Més que un club (more than a club). To build a truly successful company I believe you have to make it more than a company for your team.

This is what we try to do at Hyperion Executive Search. We have a clear purpose, mission and values that are key to what we do and the way we act. When adding to the team here, all of these are taken into consideration to make sure we build a team that are committed to achieving our goals. Find out more about the Hyperion culture here: https://hyperionsearch.co.uk/about-us/