The View from Fully Charged Live 2018

The View from Fully Charged Live 2018

Quite simply wow! As you can see from the above image, it was a phenomenally well attended event, with so much going on, inside, outside, upstairs and downstairs. I’m fortunate to have known Dan Caesar, corporate overlord of Fully Charged for some time, and knowing he was behind the planning and execution of the event I had no doubts it would be busy, and a success. But even I was surprised at just how packed it was. Our stand, next to Theatre 1, was, as you can see, often overwhelmed. Every talk, in both theatres was packed, with the overflow watching on screens also packed. Fortunately, that was also the case when I got to do my bit on stage too. 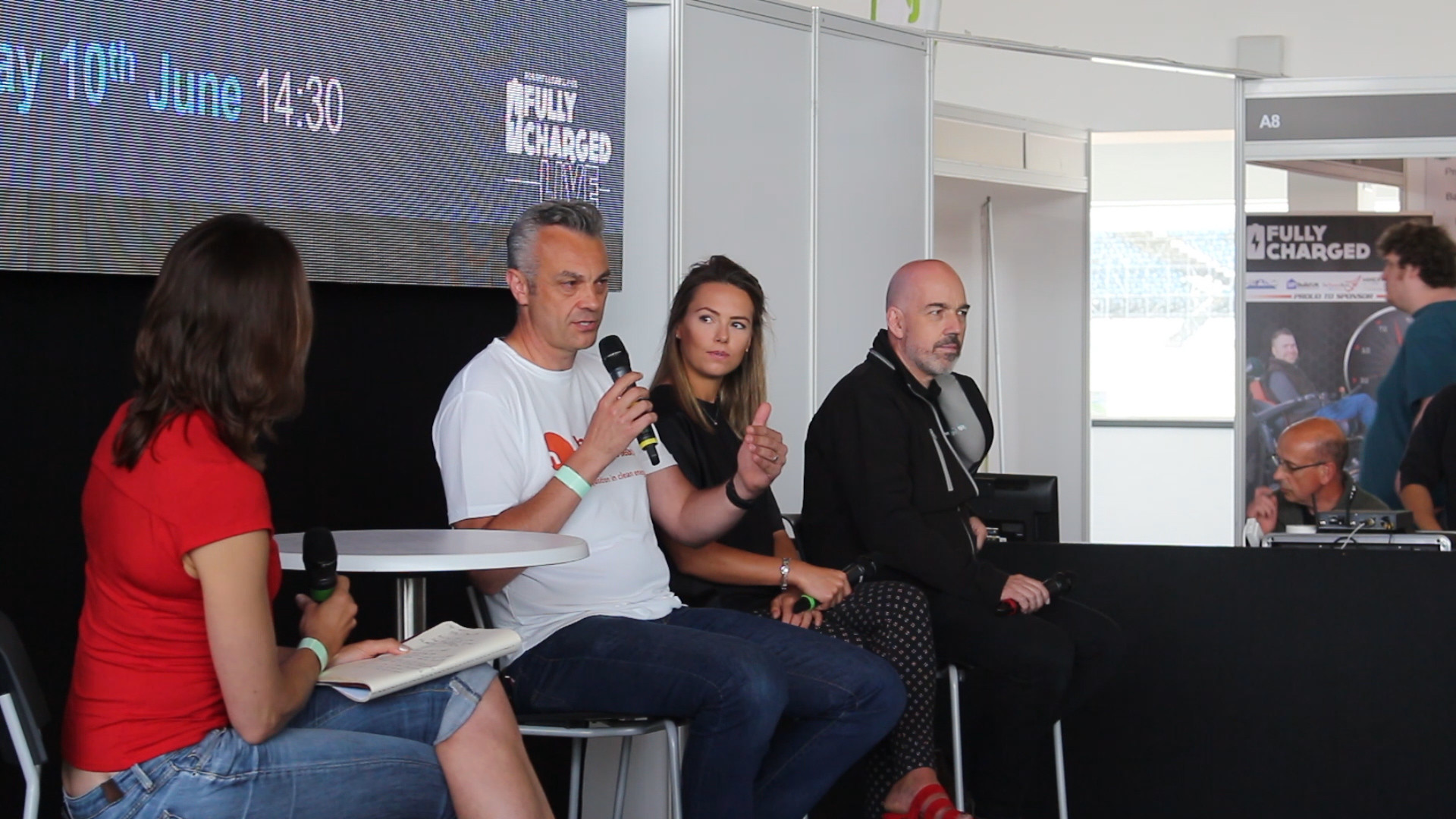 It was a packed two days, and I won’t give a commentary on the whole event, much will soon be published on the Fully Charged website and YouTube channel I’m sure, and many of you reading may well have been there anyway. There were I believe nearly 6,000 in attendance over the two days. I will though share a couple of thoughts….

Why was it so busy?

It wasn’t just that it was so busy, but that there was such a positive buzz, the whole weekend, and a lot of love, it was like an E-Mobility Woodstock. The event wasn’t your typical trade fair, this was both B2B, and perhaps more so B2C. People, I believe, flocked to the show because we now have a movement, and societal shift towards E-mobilty, clean energy and a better society. Yes, of course we still have much to do, a long way to go, but I’ve been in clean energy since 2007, and most of that time you meet the committed and those ‘in’ the industry. This was the general public, early adopters yes, but also so many exploring and enquiring for the first time, what is possible, and what is out there. Robert Llewellyn and the Fully Charged team have made the subject accessible to all, He has (along with Jonny Smith) found a way to engage with people and to make sometimes complex subjects simple, and amusing and that draws people in. There really was a lot of love for them in particular, but for the exhibitors, speakers and everyone there. From the Tesla and Renault Zoe owners clubs shuttling people from the car park to the event, to the friendly and generally positive responses to some of the teething problems. This was year one and planned in a short time frame, issues to be expected. The food queues on day one was challenging, and ran out, and space generally everywhere was at a premium, both due to the event being so well attended. Where you usually hear grumbles and complaints though, there was (mostly) understanding and stoicism. This event is going to be huge next year. 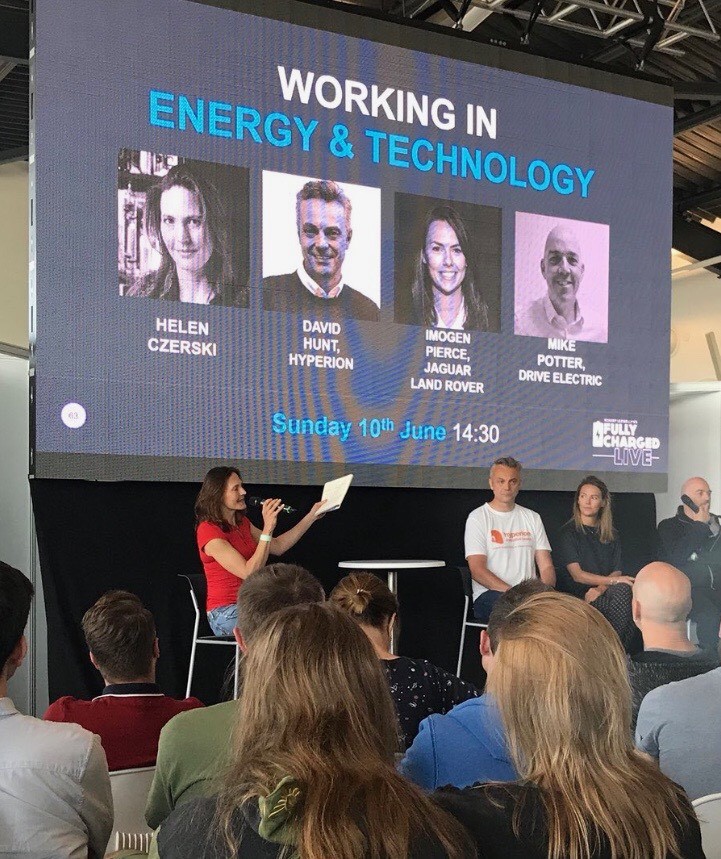 Where were the Auto OEMs?

As I understand it Nissan were there and supportive, Tesla of course, and Jaguar to a lesser extent, but given the very recent launch of the iPace, they have been stretched, but an iPace was on display, in Hyperion colours too!

But, where were the others? All invited, but perhaps still not convinced of the level of interest. Also, I guess, they are already facing supply issues, and long lead times, perhaps afraid of taking more orders, or perhaps, some at least, really wishing this transition to EV would be much, much slower. I’m pleased to say, in my opinion, and clearly not just mine, it will be much, much faster than they hope for, or can deal with. The Auto OEM’s really are in a difficult place, I don’t envy them, and I feel that somewhere among the big brand names we know today, there will be a ‘Kodak’ or ‘Nokia’, and probably more than one. That’s a big topic, and one for a blog in itself. I just wanted to point out they really missed a trick not being there, and I’m pretty sure more will be next year, It was such a great opportunity to reach their (EV) target audience. 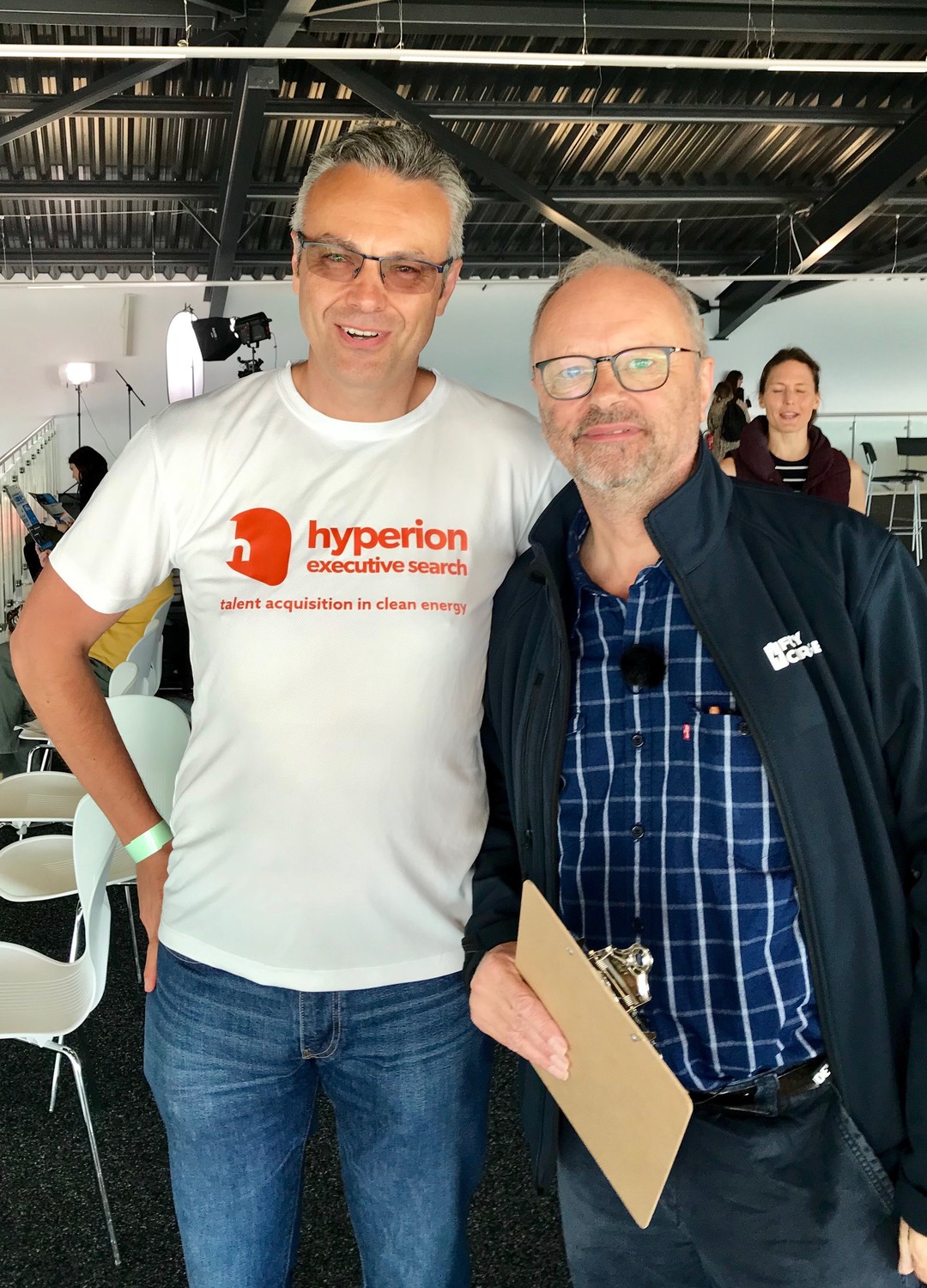 I appreciate this reads a little like a hagiography, but no payment or favours were offered or received. I’ve declared my friendship with Dan and the team, but I’m pretty sure you will have seen plenty of Linked In and social media posts which echo my sentiments.

Is Fully Charged Live the Motor Show of the future, with tens of thousands attending? It could well be, and Dan my friend, what a headache to have!!!!

Next week some of the team and I will be catching up with clients, candidates and contacts at Intersolar/EES/Power2drive in Munich, which has always been one of my favourite events in the calendar, 1,200 exhibitors and 60,000 plus visitors in our new home of Munich (more on that soon!). Look out for the Hyperion team, we shouldn’t be hard to find. 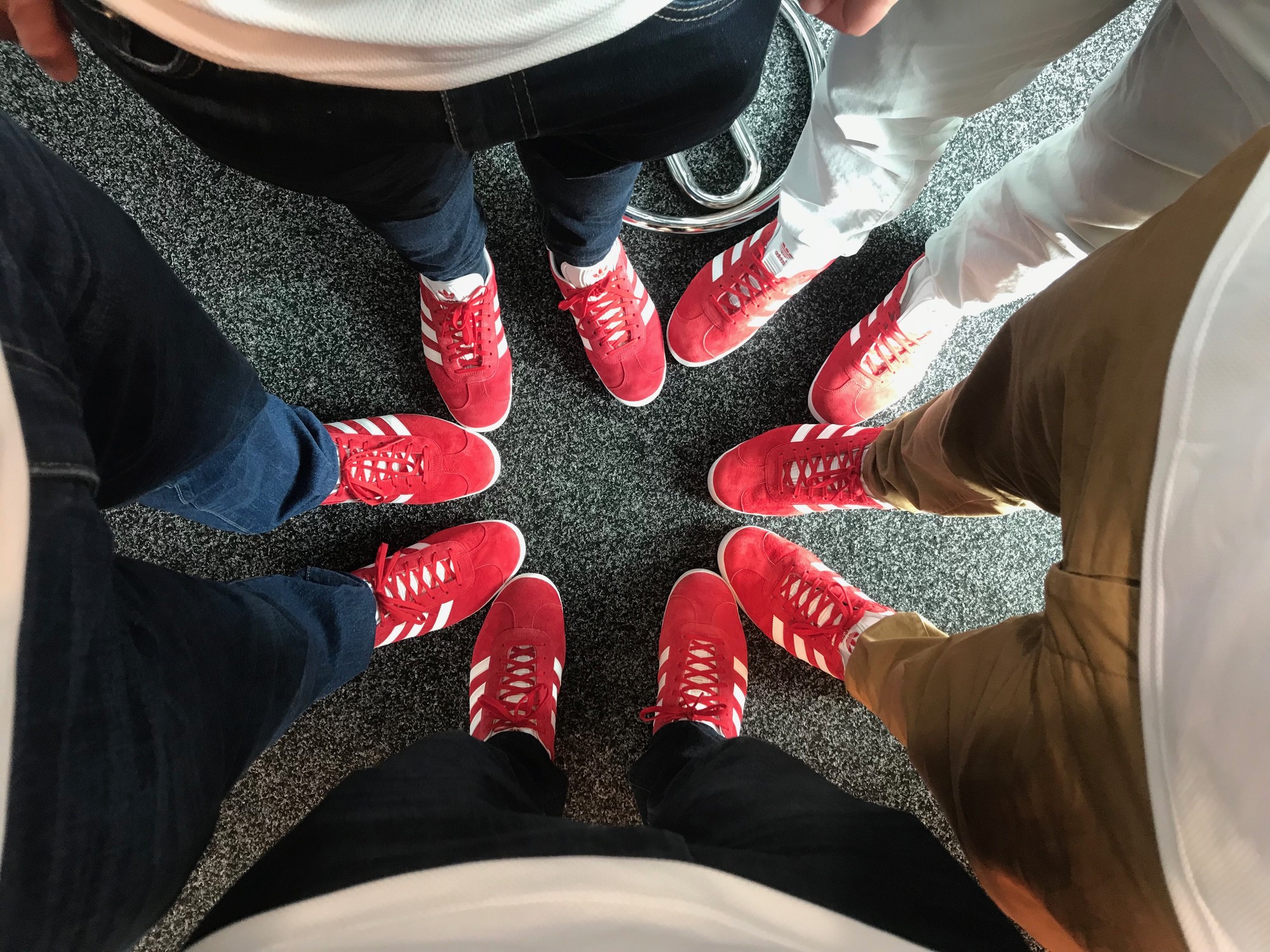